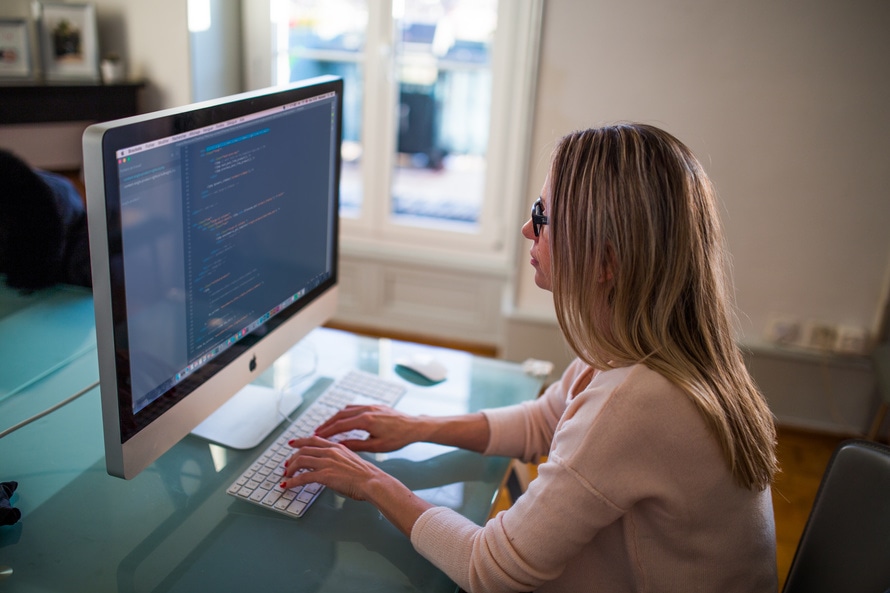 It isn’t exactly a man’s world anymore. Though many sectors are still dominated by male presence, it’s becoming more and more common for women in the workplace to take over positions of power.

However, women who are just getting started on their career paths often find it hard to thrive in an environment that has been filled with roadblocks for so long. Even though the overall business culture is changing, it’s still common that they’ll run into misogyny in the workplace.

Born and raised in New Jersey, Marie Forleo graduated from Seton Hall University in 1997. She held a degree in business finance which helped her secure a job as a trading assistant in the New York Stock Exchange. From there she moved on to work for the magazines “Gourmet” and “Mademoiselle” where she began to branch out into the world of branding and began to create her own image for herself.

You may recognize her as the author of the famous book “Make Every Man Want You: How to Be So Irresistible You’ll Barely Keep from Dating Yourself!” Forleo is currently running her blog and works as owner of Marie Forleo International, as well as the companies B-School and MarieTV.

Amber Rae’s entrepreneurial attitude began at a young age. She sold candy to her neighbors, leaving notes on cars as a form of marketing and documented the entire journey in her journal. Now she works with hundreds of different creative and entrepreneurs. At 11, Rae launched an e-zine for teenage girls and she hasn’t stopped creating since.

Clients Rae has worked with include Apple and The Future Project, and her work has been featured in outlets such as The New York Times and Forbes. Her blog covers her journey and life experiences that have led her to the current points in her life.

Since 2008, Kristi Hines has been writing about marketing and business. If you need to know anything about a marketing topic, Hines is the person you should go to before anyone else. She’s the owner of marketing curation blog Kikolani and you’ve likely seen her post work to other big marketing blogs – Search Engine Watch and Social Media Examiner to name two. Hines has also worked with big marketing companies like KISSmetrics and Sprout Social. Hines has written over 1.5 million words across 1,000 blog posts.

If there was ever a business “Jack of all trades,” it would be Maren Kate. After dropping out of University of Nevada at Reno, Kate found herself needing to find a way to make ends meet. She picked up odd jobs, like selling jewelry on eBay and working as a social media guru for “The Pawn Stars,” just to name a few of her entrepreneurial gigs.

Kate’s claim to fame is Zirtual, a company that helps to connect entrepreneurs to virtual assistants. Now Kate has left that company and is back to escaping the 9 to 5, much like her new book suggests.

How to Pump Up Your Startup's Online Brand Image

4 Common Fitness Myths That Have Been Debunked